Digital Turbine is constantly keeping tabs on the mobile world, and every week, we’re sharing the most interesting and important need-to-know stories and articles. In this edition of Mobile Monday, we’re covering the emergence of Super Apps and how mobile phones can carry all those capabilities as well, the importance of customer support in-app, and Germany as the leader in gaming in Europe with mobile on top. Learn all about these stories in this week’s Mobile Monday!

With several companies making waves of adding more functionality to their app, there’s been conversations about whether a Super App could succeed in the U.S. like WeChat has in China. WeChat in China has created a marketplace where 1.2 billion users can do almost anything out of the app: message each other, send and receive money, take out a loan, play games, even date (and divorce) people. You can see aspirations of an All-In-One app in some of the moves Facebook has made recently — offering ecommerce, neighborhood marketplaces, event listings, messaging, and more. Amazon and Google have done similar things with all their owned and operated properties.

However, a key obstacle still remains for any of those apps to become a true Super App on the level of WeChat. Their business models are quite successful on their own! Facebook, for example, would likely have to change its advertising platform to create the partnerships necessary for a wide ranging Super App. And it’s hard to imagine them going that route considering their stature in the advertising world.

But what if the phone itself was Super? Matt Gillis, Digital Turbine’s President of On-Device Solutions, wrote in the Fast Mode that we should forget the Super App, and just make our phones super — since in many ways, they already are. Sure enough, on both iPhones and Androids, Apple, Samsung, Google, and others have created On-Device integrations for users that allow them to do many things without even clicking on an app!

Gillis says: “All Carriers and OEMs have the ability to build the same network of information, entertainment, and services as these phones, and totally remove the need to go into multiple apps at all – not even a Super App.” And sure enough, people pay for things, search the Internet, browse news stories, and play music on their phones without tapping into an app. Our phones are true lifestyle devices already, so why not just make them Super as well?

How are you nurturing the relationship with your customers in-app? According to new research from Helpshift, half of U.S. consumers who use their mobile phones daily feel neglected with in-app customer service. After that, 39% of respondents said the support was fair, while only 12% said it was excellent.

Optimizing your app for consumer communication and support is more important now than ever as consumers are spending countless hours on their phones every day and using apps for fun, functionality, and everything in between. When it comes to app features that users would appreciate that are missing, 54% of respondents said their apps do not have customer support features built-in and 66% feel upset waiting hours for a response.

What’s more, 71% of consumers would switch to a competing app if they had a negative experience with the app — emphasizing how important it is for publishers and brands to build apps with seamless user experience and support. In addition, 86% said they would be more loyal to an app if they have positive experiences with in-app customer support.

Zooming in on Europe: Germany Holds as the Continent’s #1 Gaming Hub

Worth around $10 billion, Germany is strongly positioned as Europe’s largest gaming market, according to the German Games Industry Association. And as in most markets, mobile is at the top.

55% of the tidal gaming market runs on mobile, growing by 22% YoY. Looking closer, $2.8 billion was generated by mobile games. More and more users are turning to mobile to satisfy their gaming craving — growing 4% to 23.5 million mobile users in a country of 80+ million people. PC and tablets have seen a decrease over the last year, while consoles continue to grow.

Germany is also seeing an interesting trend in the makeup of gaming companies, with 7% of them having less than 10 employees — suggesting a significant presence of indie developers.

The German mobile gaming market is growing steadily, while the advertising opportunities remain strong — but heavily reliant on the country’s (and the EU’s) strong privacy regulation. With mobile giants Apple and Google working on further privacy steps, the German regulators are also looking into Apple’s recent privacy move — the App Tracking Transparency (ATT). The regulator in charge is investigating concerns that Apple could be breaching competition rules by self-preferencing or creating unfair barriers for other companies. 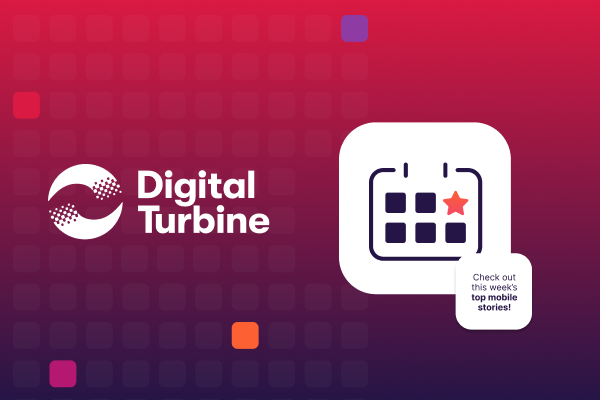